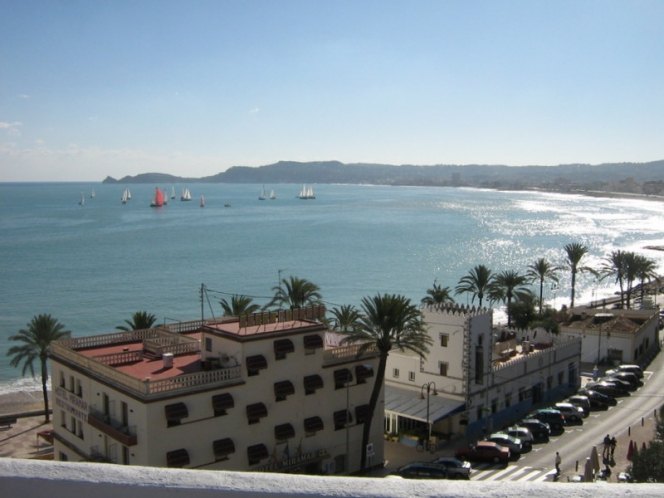 To be found in the Spanish Mediterranean, the Costa Blanca is the tourist denomination of the Alicante province. A land privileged not only by the weather but also for its environment, its fine, golden sandy beaches and inland, where green valleys of fertile orchards contrast with mountains no too high, among which charming and quaint Mediterranean villages emerge. The sun shining almost all year round, coupled with an enviable average temperature of 20 degrees centigrade, allows for swims and water sports any time of year. The natural landscape and parks also provide for trekking, horse.riding, bicycle-riding or mountaineering. The Costa Blanca, undoubtedly, one of Europe´s most attractive destinations when it comes to enjoying the sun and the beaches in full contact with nature. Its attractive beaches, the beautiful landscapes, the conserved environment, the weather, the modern communication facilities, together with the open, cosmopolitan local peoplehave turned the Costa Blanca into a privileged place to live in.

Javea, the Perl of the Costa Blanca

Jávea is located in the northern section of the province of Alicante, between the capes of San Antonio and La Nao. The Cabo de Nao separates the bays of Valencia and Alicante and is the eastern most point of the Valencia´s coastline. Frequent attacks from marauding pirates forced Jávea´s inhabitants to settle 2 km from the coast in a walled town - these walls remained standing until 1877.

The enclosure formed by the former walls now forms Jávea´s historical centre, which is situated around the Gothic Church of San Bartolomé surrounded by whitewashed houses with iron grilles and lintels made out of golden porous ´Tosca´clay. In this area the Ayuntamiento, the Food Market, the Cultural Centre, the Museum of Archaeology and Ethnology and the Chapel of Santa Ana are all located within easy walking distance.

The marine and port area, known as the Aduanas del Mar, is located 2 km from the old town centre and is the place to see the Church of Our Lady of Loreta, constructed in the shape of a keel. The Arenal area, with the Costa Blanca´s only National Parador, contains Jávea´s most popular beach -the Playa del Arenal - and is reached by following the road that runs parallel to the Playa del Benissero. Jávea has a 20 km coastline that stretches from the Cova Tallá to the Cala de la Granadella. There is an interesting mixture of beaches with soft sandy beaches (Arenal beaches), small, shingled beaches bordered by pine trees which are suitable for diving (Granadella beaches), and naturist beaches (Ambolo beaches).

There are also small coves: Portichol and La Sardinera. A more traditional Jávea is found inland with riu-raus and orange groves that are protected from the harsh continental climate by the natural barrier formed by Montgó, which extends to the north of Jávea and serves as a border between Jávea and Dénia.